Chipboard Lamarty in the decors "Sandy Canyon", "White" in the project "Dachy Otvet" on NTV channel 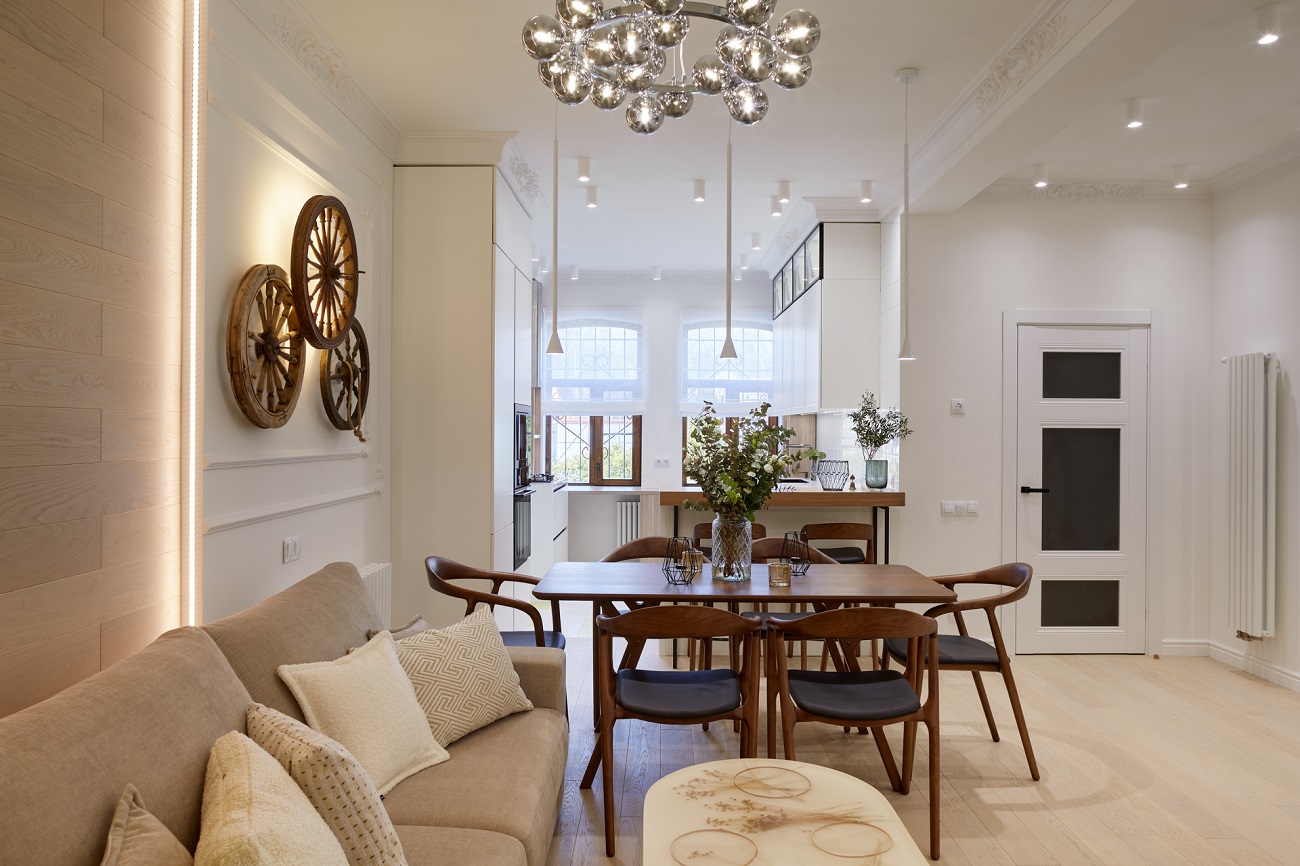 A stylish kitchen-living room with a solar fireplace appeared in the country house of the heroes of "Dachy Otvet".

The main idea of ​​the project is to reflect the hobbies of the characters through the interior, connecting them with architectural and decorative elements.
This is how patterned embroidery appeared on the kitchen apron and in the TV area.. In addition, the author of the project Elizabeth Ashkenazi veiledly emphasized the passion of the owners of the house for cycling, making a lamp that at the same time reminds of bicycles and spinning wheels, which will become a reference to the passion of the heroine of the project for needlework and embroidery.

To link the entire interior, elements of classical and folk styles were used in the space.. Tiles and moldings appeared in the new space, as well as embroidery and wood in the decoration..

The overall layout of the kitchen-living room has not changed much.. The kitchen has remained in its place, near the window, but the dining table has moved to the living area, thanks to which the kitchen has a “hot shop”, a full-fledged work surface, and
an auxiliary tabletop will appear near the window (with a different height level than that of the main working area).

Lined with a broken letter "P", the kitchen set is made of high-quality Lamarty chipboard in decors "Sandy Canyon" with a rustic surface structure and “White” in smooth matte embossing “Light silk”.

As the heroes of the alteration wanted, the kitchen has a huge number of storage systems - these are drawers, and open shelving near the window, and spacious shelves behind hinged facades. In addition, a wide window sill can be used as parking for kitchen appliances, the supporting column of which is also a cabinet..

The space of the kitchen and living room was tied together by warm yellow "rays of the sun", which appeared in the decoration.

Full description and video of the broadcast on the official website of the TV show "Country answer". Broadcast from 29/56/2022 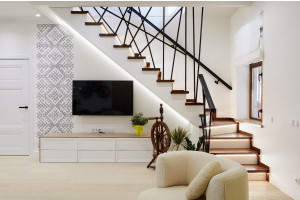 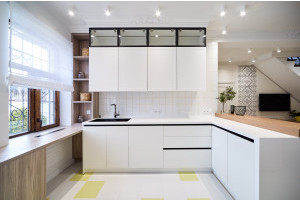 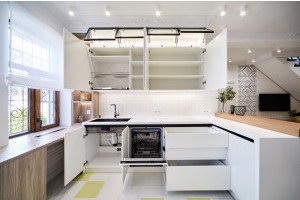 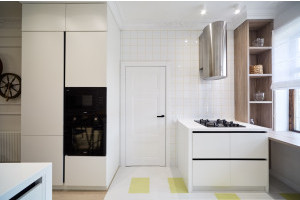 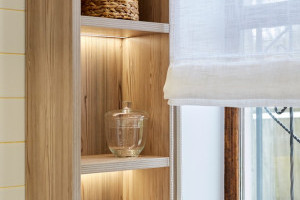 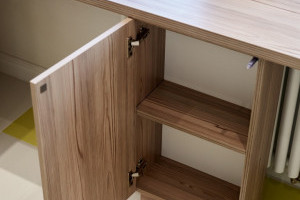 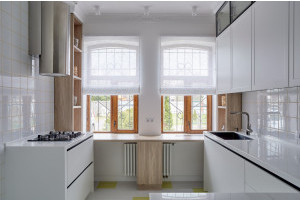 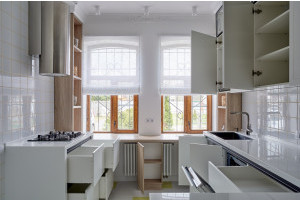 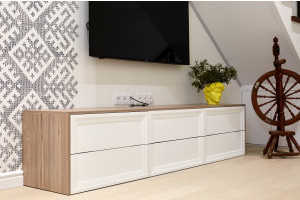 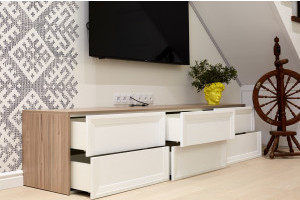 Chipboard Lamarty in the decors "Sandy Canyon", "White" in...

A stylish kitchen-living room with a solar fireplace appeared in the country house of the heroes of "Dachy Otvet".