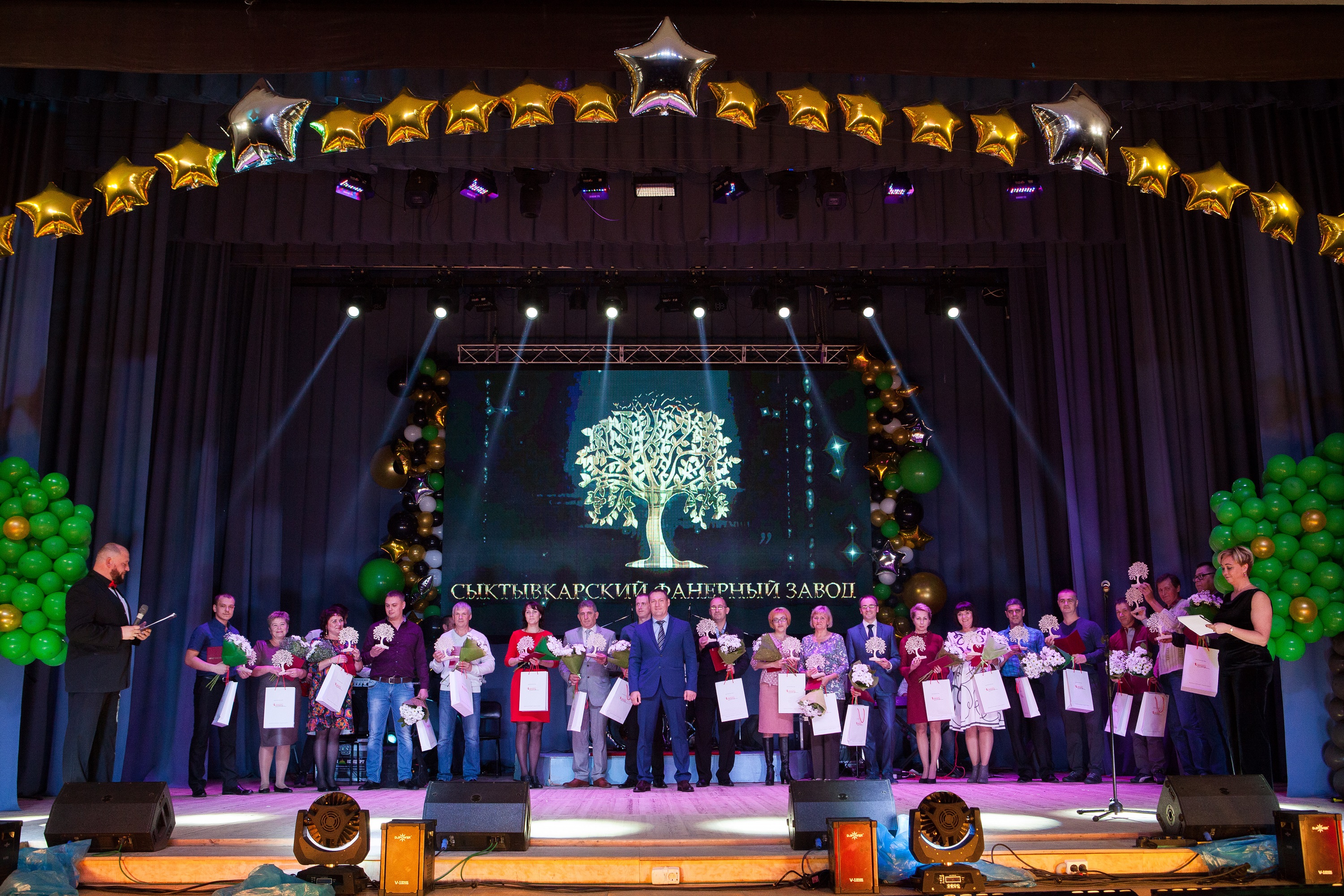 On September 15, in the Palace of Culture of the Papermakers of the Ezhva district of the city of Syktyvkar, the staff of our company celebrated the «Day of Forest Worker».

In honor of this event was organized a gala concert in the style of the Oscar. Traditionally honored the best workers of the plant. About 100 employees of the company were awarded with commemorative figurines, certificates of honor and thanks::

- 16 people were awarded with diplomas of the Administration of Ezhva region;

- Thanks of the Administration of the Syktyvkar Municipal State Educational Establishment – 6 people;

- Diplomas of the Ministry of Investment, Industry and Transport of the Republic of Komi – 15 people;

- Letters of gratitude from the Chairman of the State. Council of the Republic of Komi awarded 2 people.

The title «Veteran of Labor» Syktyvkar Plywood Mill LLC was awarded to 24 employees. Also the title of «Best Mentor» marked by 8 people. This year, 12 photos of the best employees were posted on the Hall of Fame of Syktyvkar Plywood Factory LLC.

We are proud of our employees! We appreciate the contribution of everyone to our common cause!