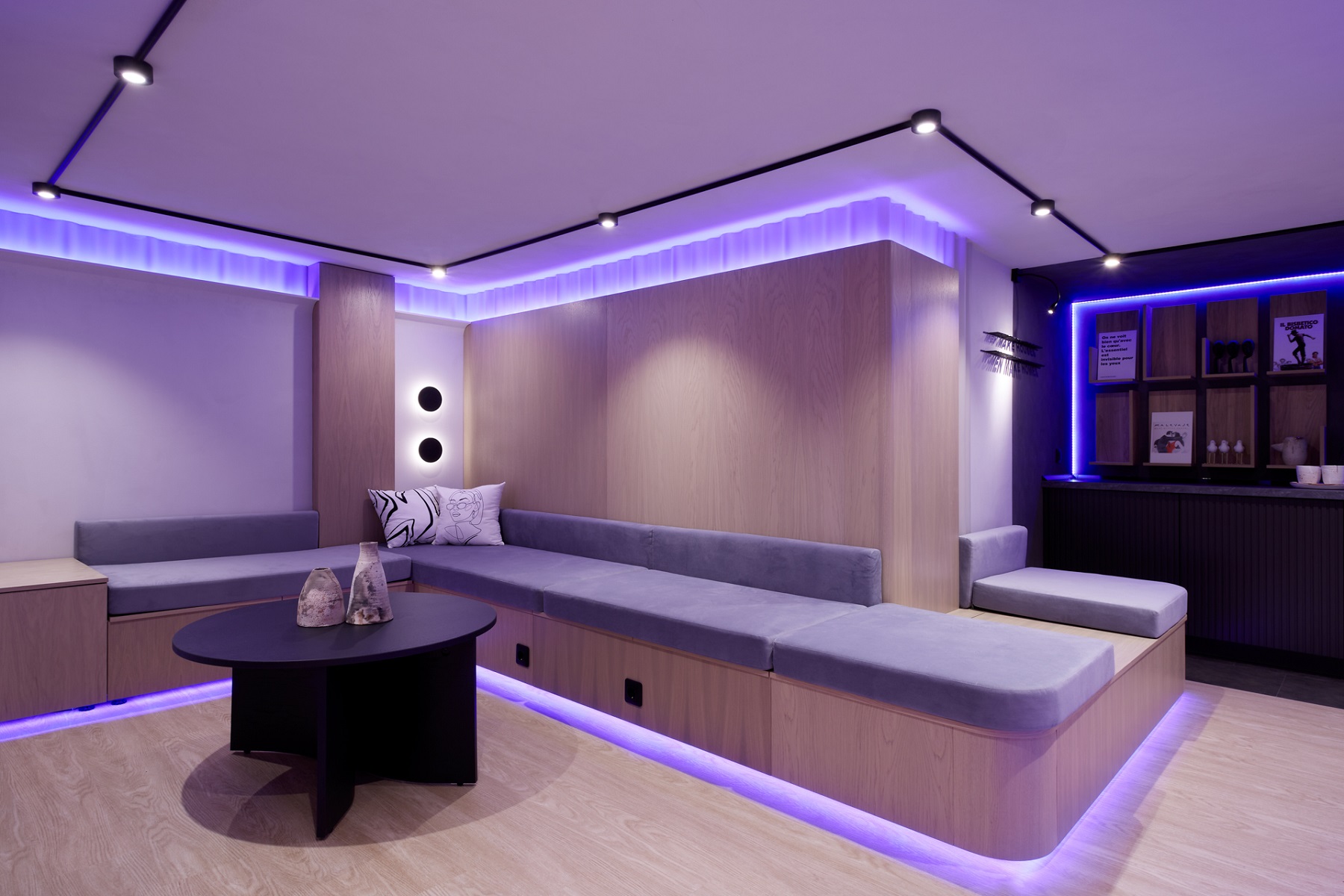 In the television project, they started arranging the basement of a country house, which was turned from an ownerless room into a comfortable recreation area.

The authors of the project decided to expand the closed space, giving it visual freedom with the help of decorating techniquesWooden panels helped to visually increase the height of the ceiling, and thanks to LED lighting, veneered surfaces do not create a heavy, oppressive feeling.Thus, an effect is created, as if the decorative elements simultaneously “depart” from the walls and “hover” above the floor.Part of the walls were decorated with gypsum panels, which gave them additional lightness, similar to matter developing in the wind.

Most of the room was occupied by a recreation area with an impressive sofa, sitting on which you can comfortably relax in front of the TVIn order not to clutter up the space, upholstered furniture was placed along the wall, repeating its curves.

The soft bed smoothly passes into the bar area, where the bar counter, shelves and a storage system for wine joined himA kitchenette was installed in the niche, the frame of which is made of high-quality Lamarty chipboard in the decor MALAWI in the surface structure "Light Silk" The dark black decor harmonizes with the gray facades, while giving the interior of the furniture some restrained expressiveness

For contrast, a group of open shelves made of light wood was fixed above the tabletopThey diluted the dark surfaces and will allow the owners of the house to place festive dishes or some of their souvenirs here.

In addition, a motivating inscription was placed in the changed room, which the hostess of the house likes so muchThis key touch of the interior is made in the form of shadow graffiti, which plays when the sconce is on with the inscription: “Men make housewomen make home» 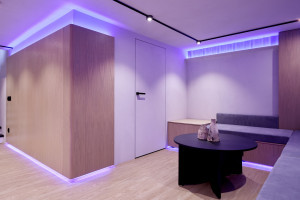 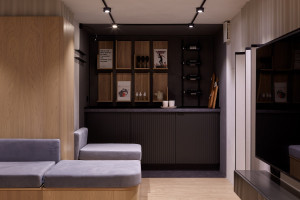 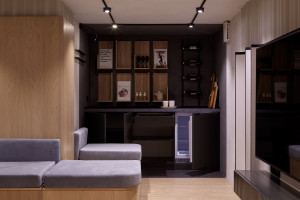 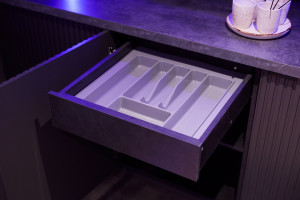 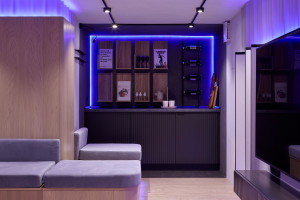 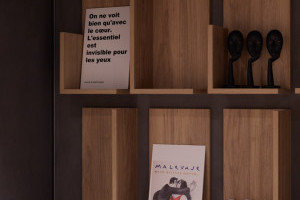 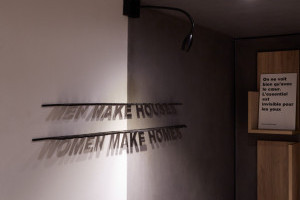 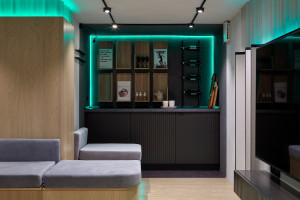 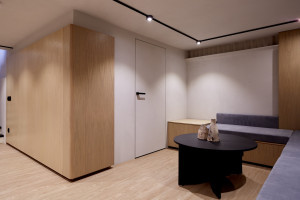 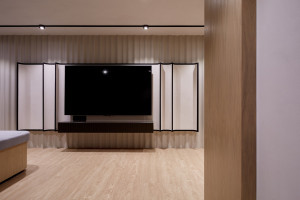 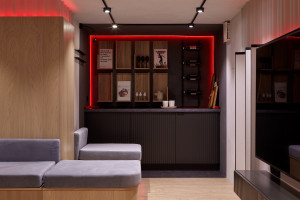 In the TV project, SyPly plywood was one of the key elements in the interior decoration of the architect's country...

SyPly plywood and Lamarty chipboard in Lugano Walnut and Gray Stone decors in...

In the project, the design affected the space of the kitchen-living room, which was filled with a delicious chocolate...

We invite you to the MosBuild 2022 exhibition!

From March 29 to April 1, the 27th exhibition of building and finishing materials MosBuild will be held at the CROCUS...

SyPly plywood in the Country Answer project on the NTV channel. Bunin, physalis...

The Dachny otvet team presented their heroes with a modern interior with notes of a traditional Russian dacha - they...